Have Some Fun This March 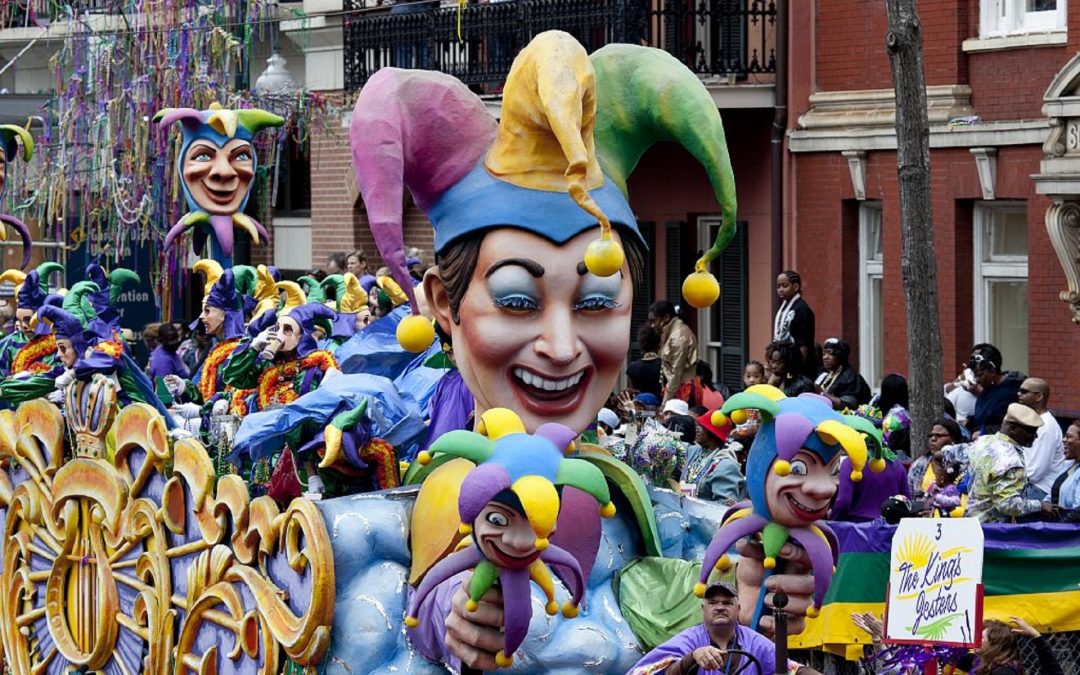 The month of March this year has 2 big Party days; Mardi Gras and Saint Patrick’s day! This year the super fun and always gluttonous Fat Tuesday falls on March 5th! Of course another infamous party day is also St. Patrick’s Day, which falls on Sunday March 17th! Now what do you have planned for those days and what are they really about? We will help you make some plans and give you some unsolicited information on where these holidays come from!

Mardi Gras! It’s the one day a year that many people really let loose. Whether it be drinking and partying, or breaking your diet in a gluttonous fashion, it can be fun to do! Usually when we think of Mardi Gras we immediately think about New Orleans, a huge parade, a party in the streets and risque behavior. But what is Mardi Gras really about? Why do we do it?

Technically Mardi Gras is a season that starts on January 6th which is the Christian holiday known as Epiphany. Generally now though, people just celebrate Fat Tuesday. Fat Tuesday is always the day before Ash Wednesday. When Ash Wednesday starts it means that Lent has begun. Lent is the 40 days preceding Good Friday (the friday before easter Sunday) that you give up something. That is the reason that people have a big party and get all of their sinful behavior out of the way and can then give up sinful acts for Lent. Some people speculate that Mardi Gras also has some Pagan roots.

Whatever the reason you celebrate Mardi Gras we think that it is a great excuse to have some fun. You could throw a big Mardi Gras themed party. Or just celebrate with some delicious Odd Moe’s Pizza with a small group of friends. We do offer one bit of advice though… there are better things to give up for lent than pizza!

St. Patricks day is the one day a year that everyone is Irish right? RIGHT! It’s also a great day to have some fun and party! Most people celebrate St. Patty’s Day by going out and drinking and having a great time with friends and strangers alike. It is definitely a fun holiday that brings people together! What are you going to do this St. Patrick’s Day? We think that it would be great fun to throw a party at home. Odd Moe’s pizza would be happy to help you plan a great event! The great thing about Odd Moe’s Pizza is that we do catering and delivery, the best part about us is that we DELIVER BEER right to your home. We all know that is the key ingredient for a successful St. Patrick’s Day party!

We know what most people do on St. Patrick’s day but have you ever stopped and wondered why we celebrate it? What is the Origin of St. Patrick’s day? Saint Patrick is the patron Saint of Ireland. His birth name was Maewyn and he was kidnapped into slavery in Ireland, however he escaped and found a Monastery in France. He became Roman Catholic and went back to Ireland and a missionary to help spread Christianity. While in Ireland he helped abolish Pagan rites. While he is loved by many he is also known to have incited a massacre of Pagans. But because of his success in spreading Christianity the Catholic religion holds a feast every year on the day he died, March 17th.

Well there you have it, a little bit of Education for you. We hope that you have enjoyed reading a little about history. We also hope that we have given you some ideas on how to Celebrate the upcoming holidays! We look forward to hearing from you at Odd Moe’s Pizza when you are planning your next party!